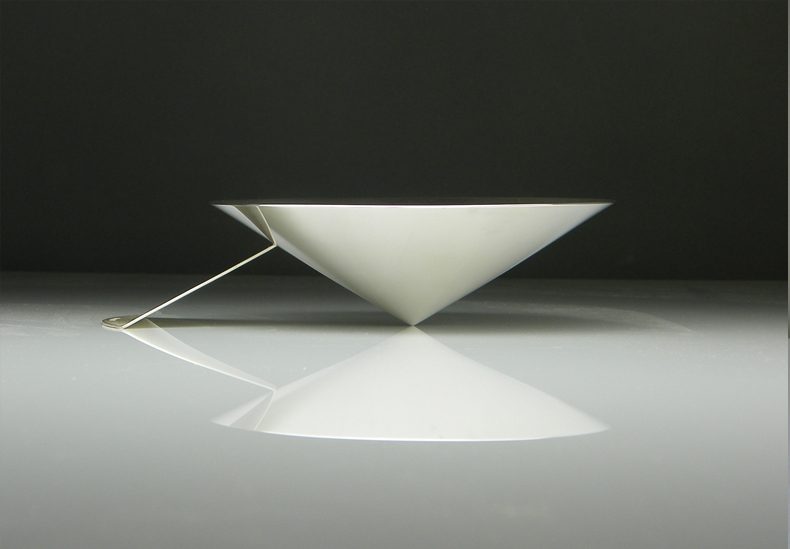 A sculptural piece from the studio DISC Series that resulted from a fascinating collaboration with research mathematician Frank Rhodes, exploring  2D geometry in the 3D world. See the story here: https://martynpugh.co.uk/news-and-events/

This piece shows its origins clearly - it’s possible to visualise the flat sheet of metal from which it emerged. Here, as with the whole collection, accurate measurements were key. A wedge was removed from the circle which was then formed and polished to produce the body of the piece.

The segment that was sawn away balances the object, leaning at an angle of 30° from the horizontal that matches that of the cone profile. It penetrates the cone at exactly 1/3rd of the distance from the top edge to the cone’s point, this alignment makes the protruding internal segment a satisfying equilateral triangle. 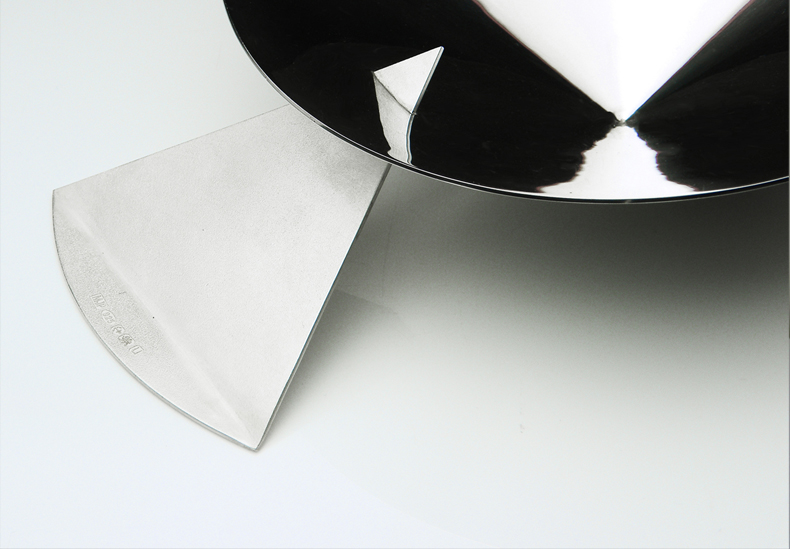 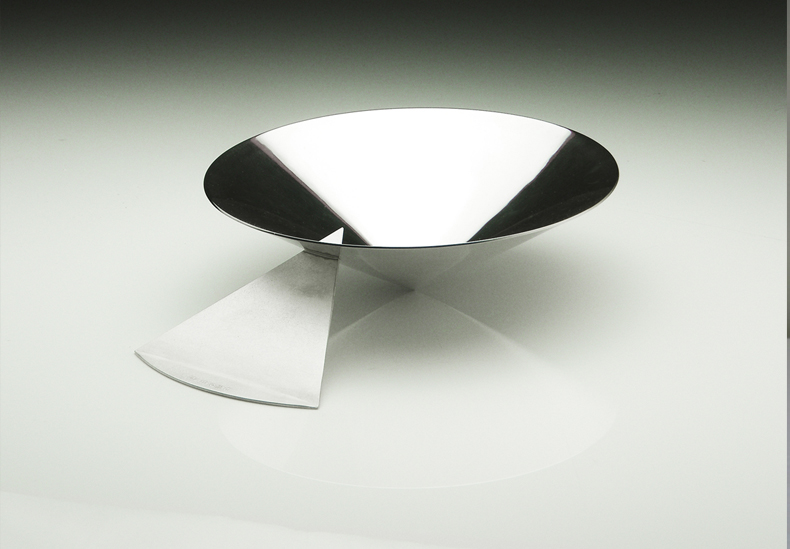