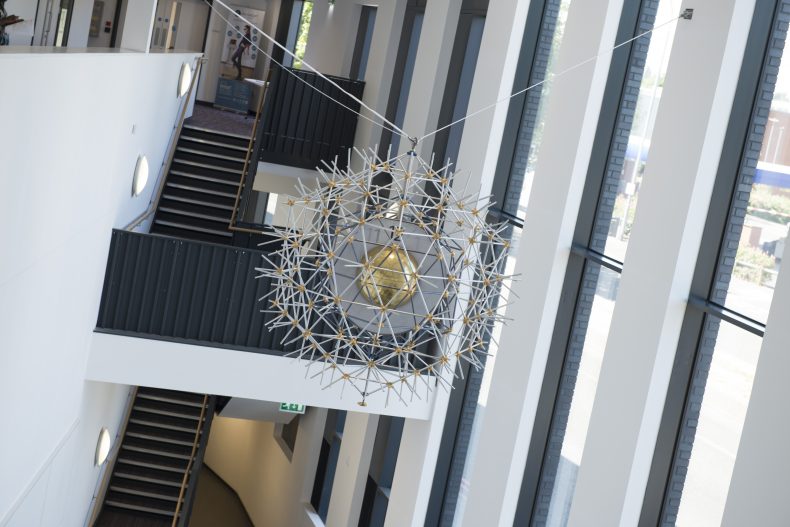 I was commissioned to create a timeless functional artwork to mark the 245th anniversary of the first Warden’s meeting of Birmingham Assay Office and the opening of its new building, the first for 105 years.

The artwork was to represent the Office’s core precision scientific skills and values in the innovative tradition of its founder Matthew Boulton and the Lunar Society, whose members initiated the Industrial Revolution that ushered in the modern era.

Together with my collaborator, the inimitable Wally Gilbert, we theorised a design for the Guardian Timepiece based on the atomic structure of gold.

Using research by Dr Simon Plant, modern-day alchemist of the University of Birmingham, the design is based on the structure of Au147, a gold atom synthesised by the University's Nanoscale Physics Research Laboratory, resulting in the Timepiece’s unique anatomy.

Suspended in the white space of the Assay Office's three storey foyer, the dramatic structure coalesces around the nucleic golden clock element surrounded by a rotating silver disc which displays the numerals incrementally.

Driven by twin remotely controlled electronic mechanisms, the time is visible from 360 degrees both inside and outside the building.

I headed the team that built the clock using a variety of techniques from 3D rapid prototyping to traditional lost wax casting, employing the wealth of manufacturers in and around the city of Birmingham and its Jewellery Quarter.

Using aluminium, titanium, bronze, acrylic, stainless steel and silver-gilt to achieve strength, lightness and longevity, the Timepiece was constructed over 2000 hours, then assembled inside the Assay Office and suspended with precision.

This five year project was inaugurated in July 2018, in the presence of Matthew Boulton! A work of art marrying traditional skills with cutting edge technology, it is steeped in symbolism and meaning - a precise example of present day aesthetic engineering  that displays  Boulton’s innovative will to push boundaries by employing scientific precision and artistic invention, qualities that are as evident as ever inside Birmingham’s new Assay Office.

A series of blog entries catalogue the inception, design and construction of the clock. They can be viewed here: 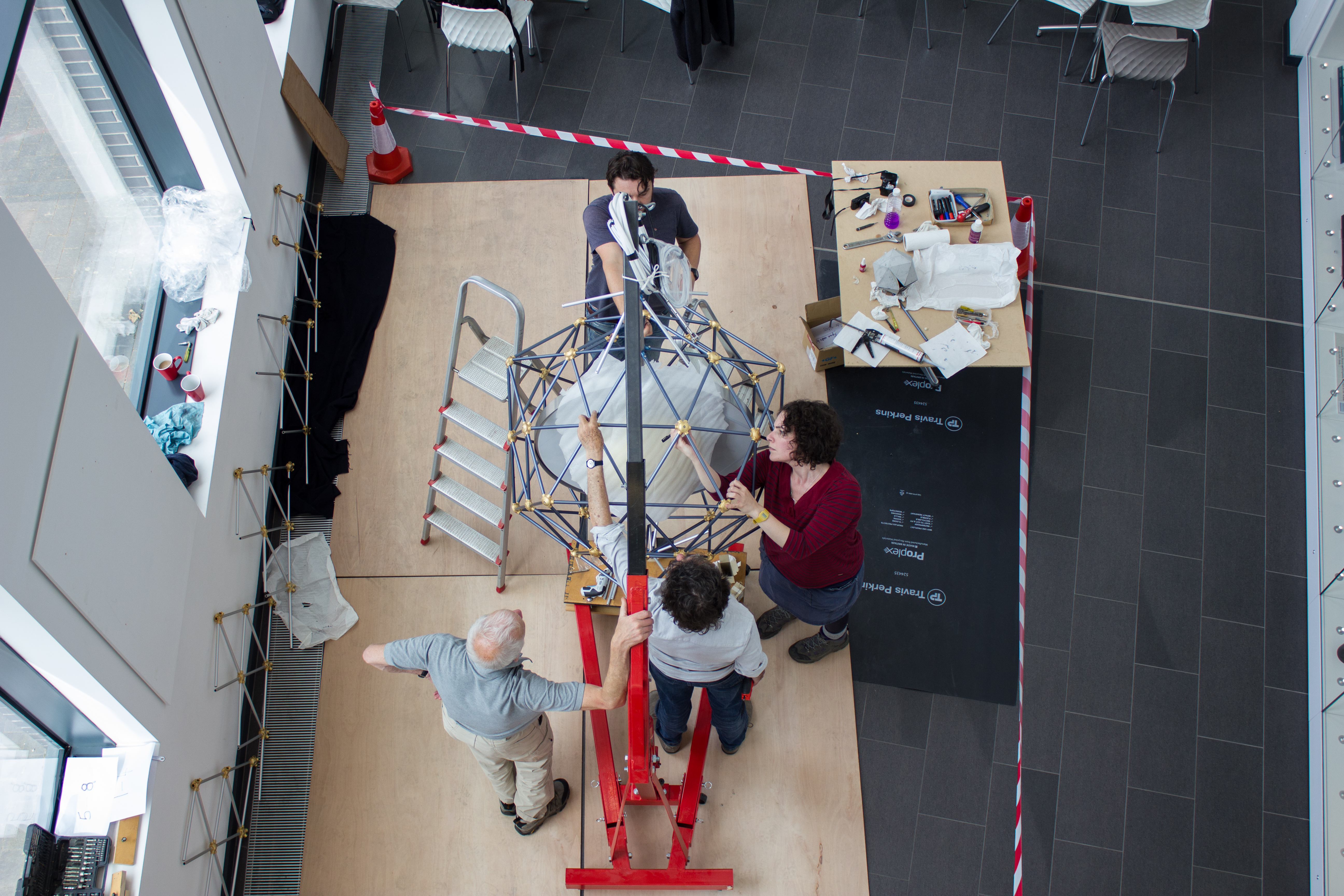 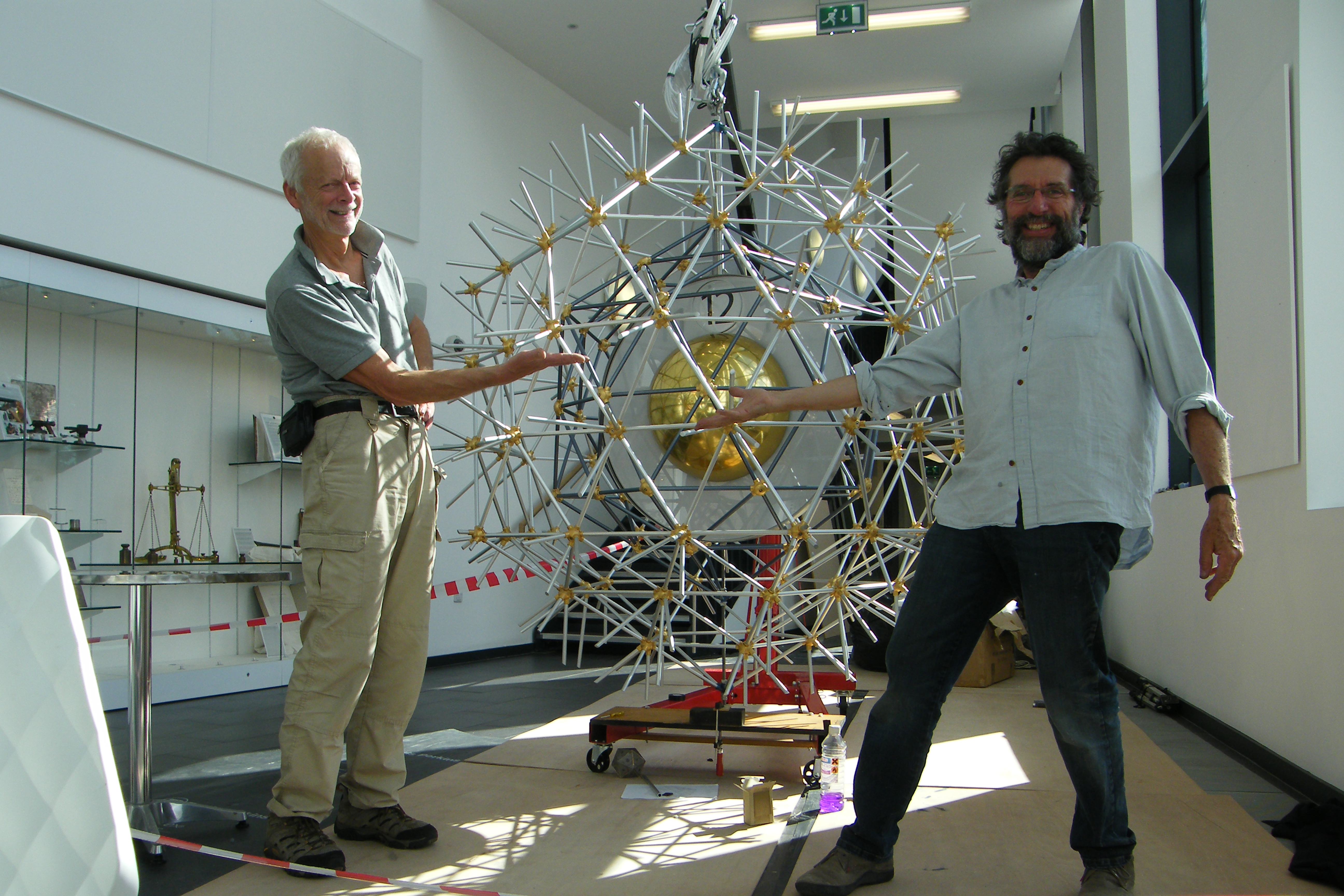 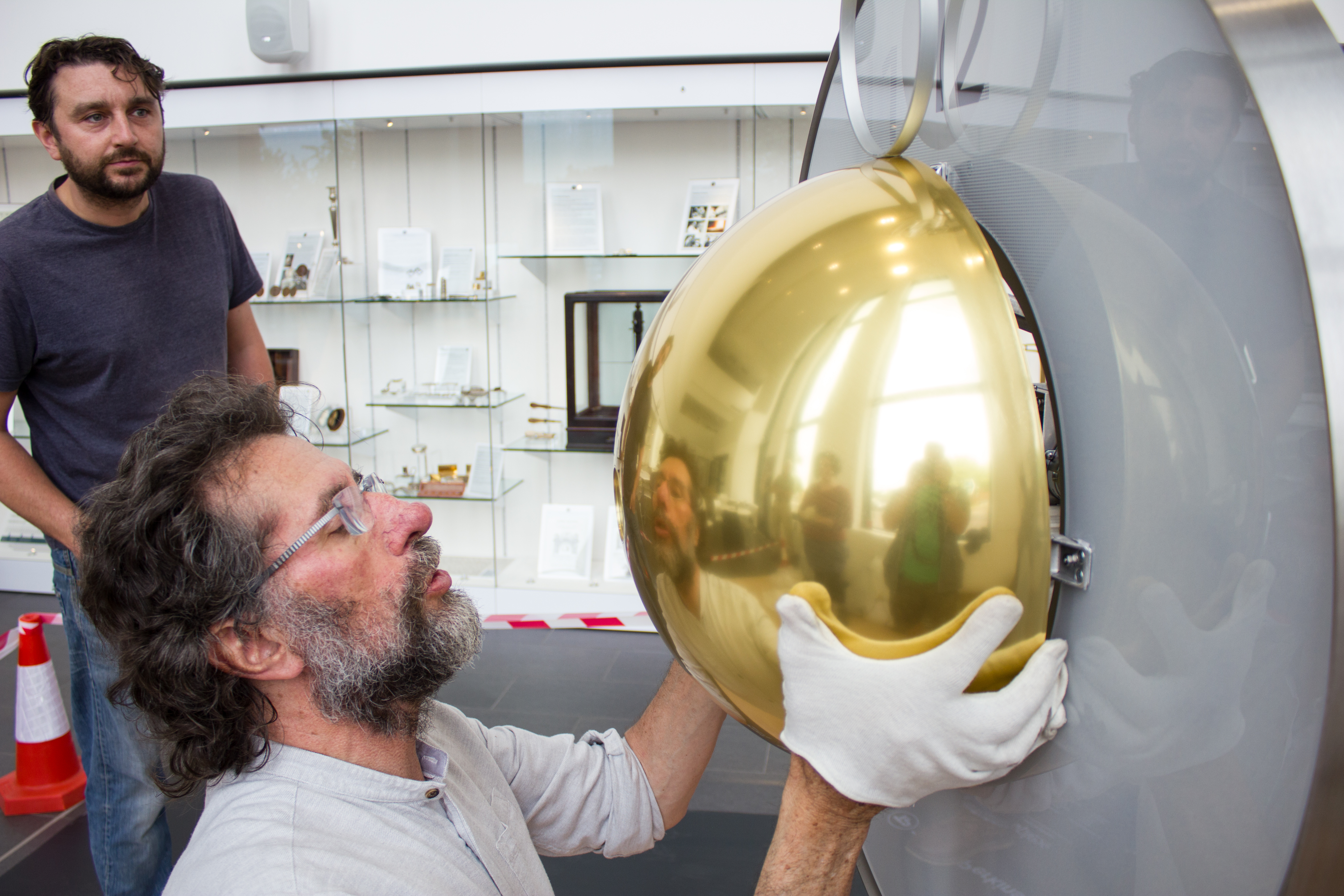 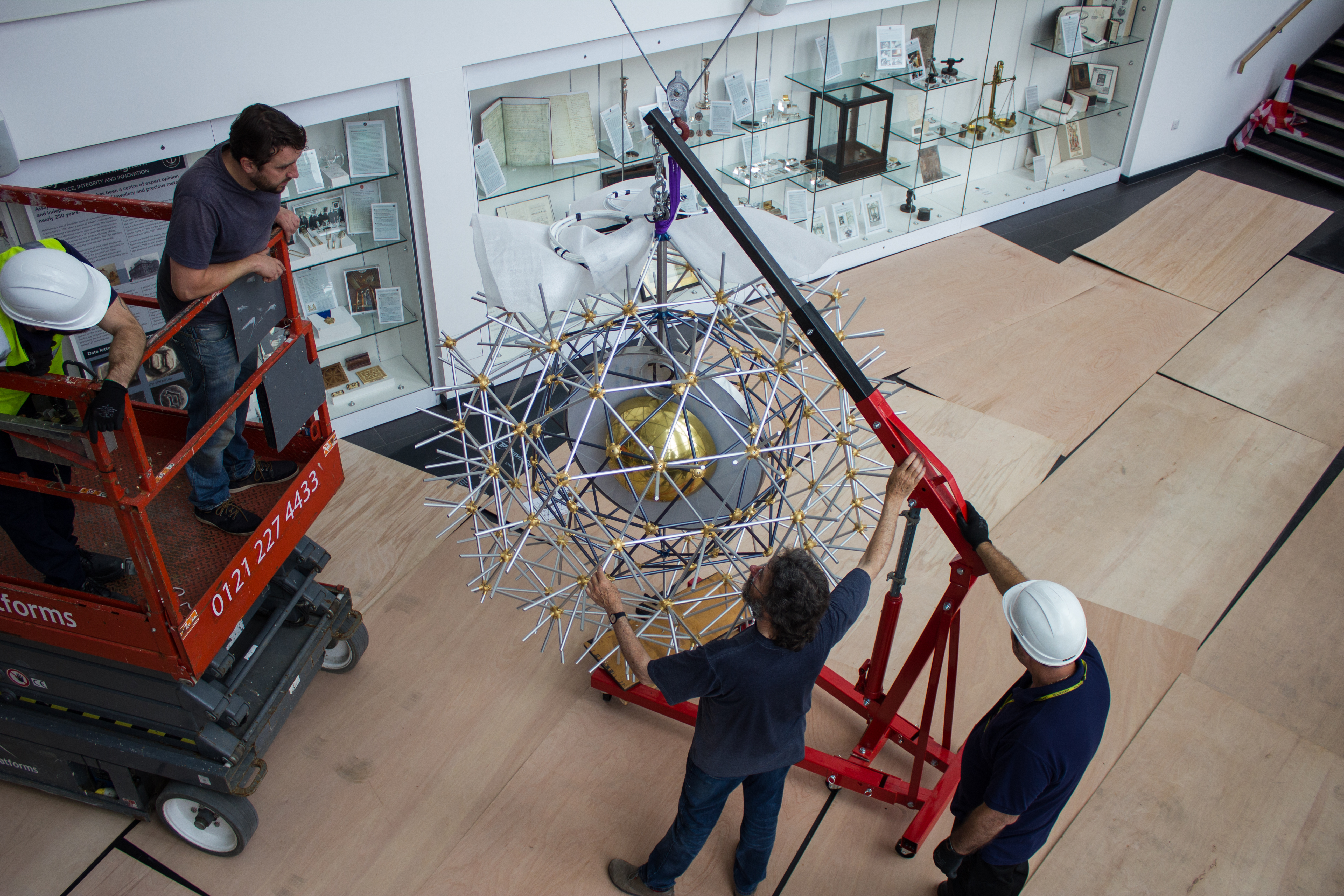 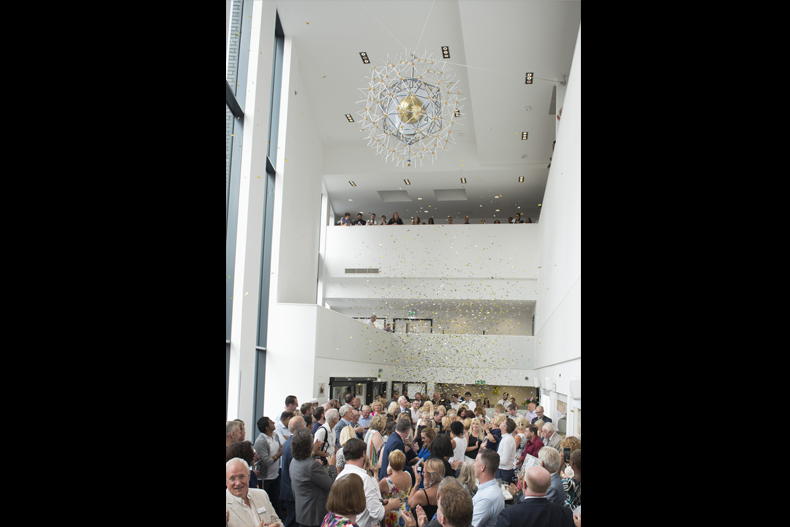