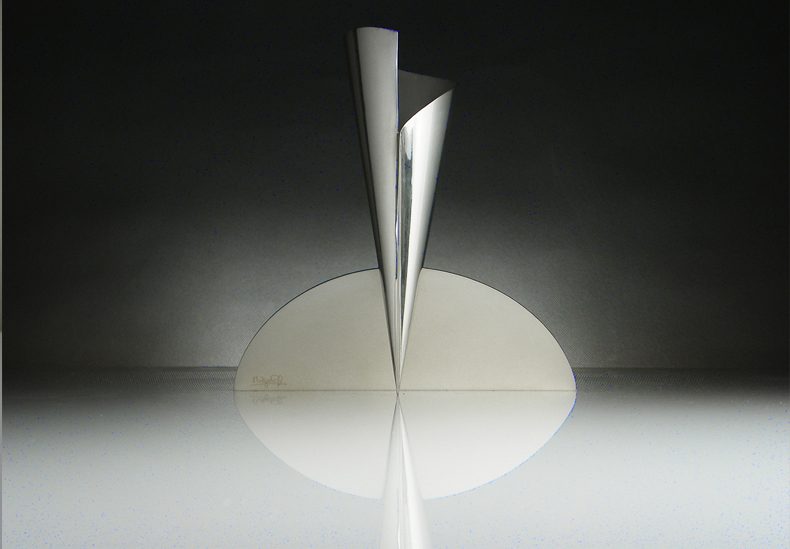 With a spiralling top edge that flows down via its arced ‘fin’ to its point, ‘gyre’ leans back on a segment of the original silver disc (60° from the horizontal - the Rule applies, see below) from which it was cut.

The strong contrast of matt and polished finishes dramatically emphasise the dynamically minimal contact between the two different shapes that have, nevertheless, emanated from the same source, a single flat disc of silver - ‘will they fall, won’t they fall!?’

A sculptural piece from the studio DISC Series that resulted from a fascinating collaboration with research mathematician Frank Rhodes, exploring  2D geometry in the 3D world. See the story here: https://martynpugh.co.uk/news-and-events/ 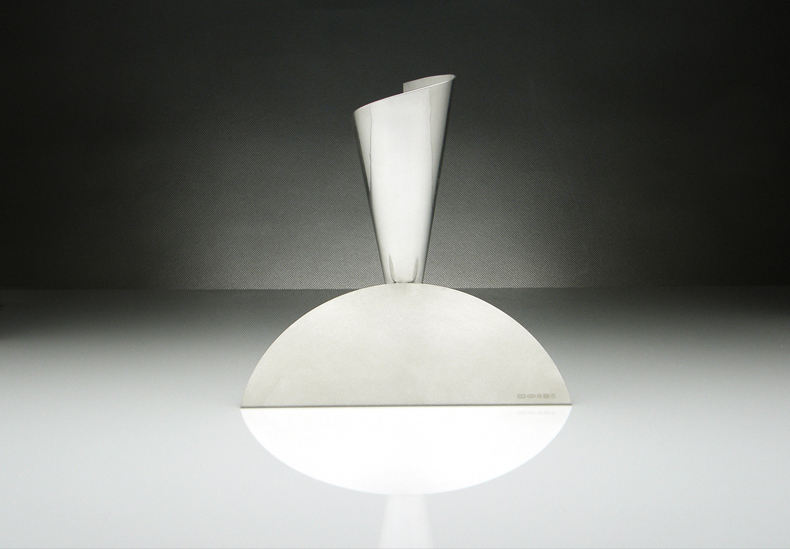 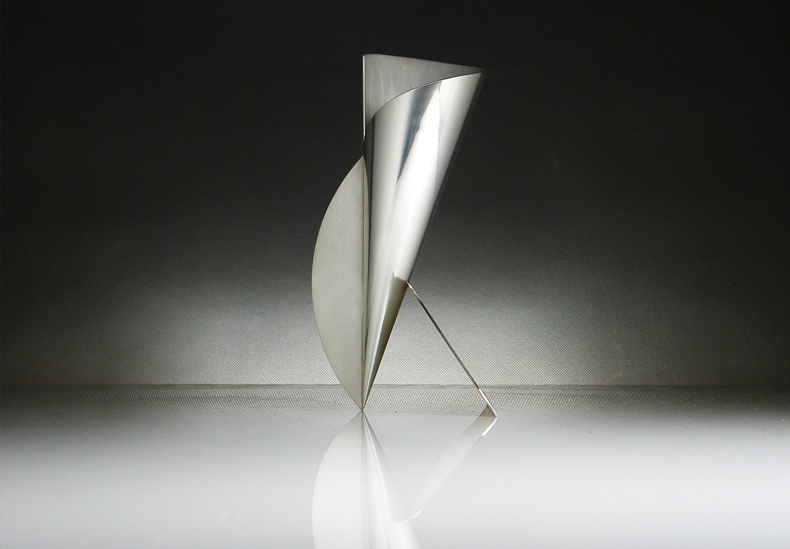 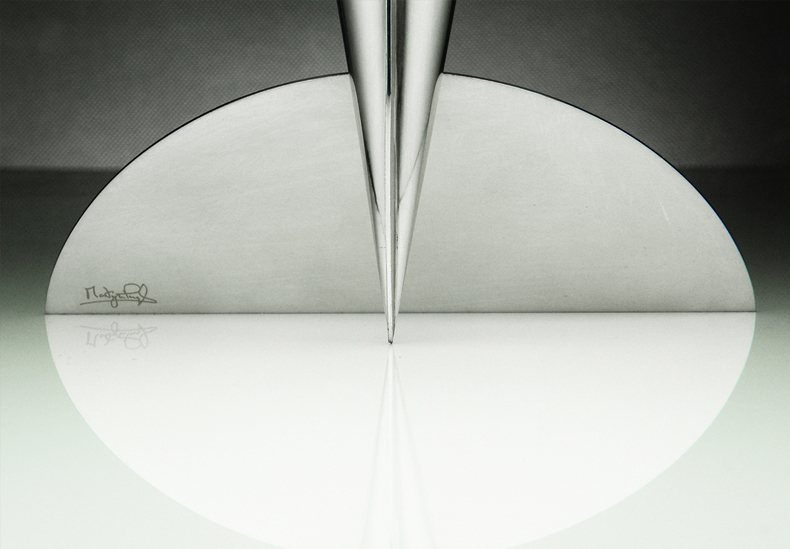