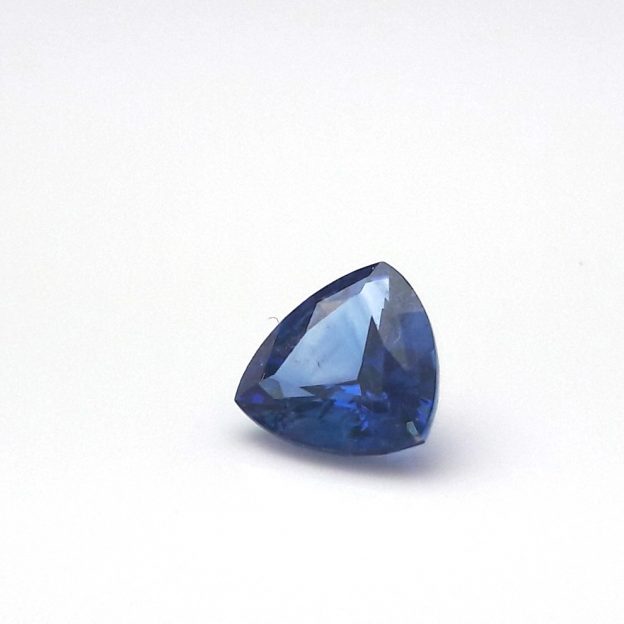 In the second in my series on coloured stones I’m going to look at blue gems. Sapphire is the birth stone for September so it seems appropriate to gaze into the depths of blue-hued stones this month.

The sapphire is the leading stone among blue gems, though it’s colours include yellow, orange, pink and even white, it’s blue sapphires which are the most famous. From Sherlock Home’s Blue Carbuncle to the Stuart Sapphire which sits within the Crown Jewels, they have captivated people for centuries. 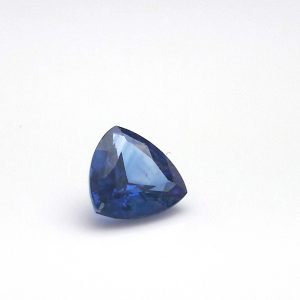 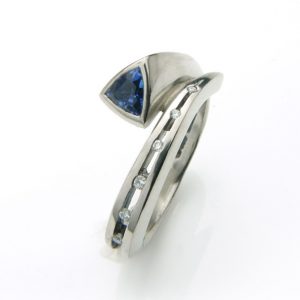 The name sapphire has its origins in the arabic terms ‘safir’ and the Greek ‘sappheiros’, both of which mean blue, though it’s thought that in antiquity sapphires were referred to as “hyacinths”.  These floral connections continue to this day, with high quality Ceylon blue sapphires still referred to as ‘cornflower blue’. They pair beautifully with both yellow and white metals, appearing warm and fresh in yellow gold: 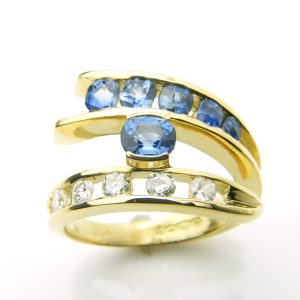 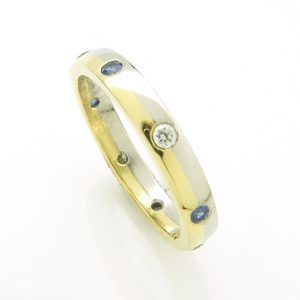 while looking cooler and deeper in a white gold, palladium or platinum surround. The line of sapphires around this Eternity ring add a vibrant line of colour to the wedding set, lifting it without having an ostentatious central stone: 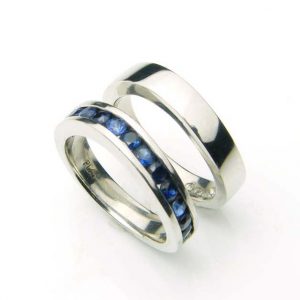 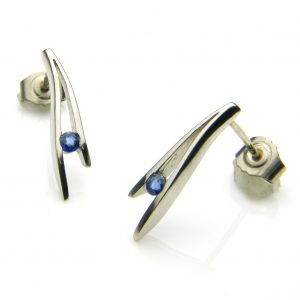 Historically sapphires have originated in Burma or Sri Lanka though today Kashmir dominates the market in the production of fine, blue stones. Their high hardness rating (a 9 on the moh scale) means they’re a good, wearable choice for engagement, wedding or eternity rings as well as their traditional role as a 45th Wedding Anniversary gift.

Of course, there are other options to bring a hint of blue to your jewellery. Topaz, lapis lazuli, iolite and aquamarine are all options, along with blue tourmalines and tanzanite.

Aquamarines exhibit the most wonderful, icey colours. A member of the beryl family they’re distinct from their emerald cousins, having a much higher clarity and so fewer internal flaws or patches of cloudiness. They form naturally as large crystals so can be carved and cut into larger stones.

Famously mined in Brazil, Pakistan and Ukraine aquamarine have a hardness of 7.5-8 on the Moh scale, making them a durable, wearable stone. Their high clarity adds to their robustness, as they lack internal flaws which could produce weaknesses in the gem. 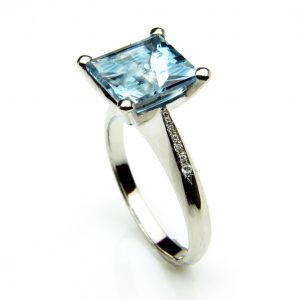 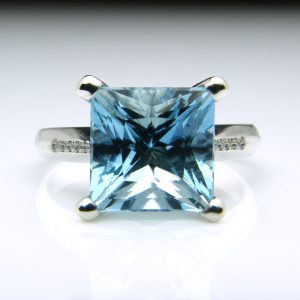 From above: Aquamarine Ring with Platnum & Diamonds

Eternally evocative of the sea, they match well with diamonds to produce light, bright pieces. After enjoying a fashionable period in the Art Deco movement aquamarines have become a staple in jewellery design and are the birthstones for March.

A recent addition to the hierarchy of gemstones tanzanite was formally discovered in 1967. Manuel De Souza, a tailor and part time prospector was working in the hills of Tanzania when he found a blue-ish crystal which he initially identified as a kind of olivine. Subsequent testing of the crystal found it to be a form of zoisite. The vice-president of Tiffany & co, Henry Platt, is the first person to be credited with calling the stone ‘tanzanite’, after the area in which it was found. 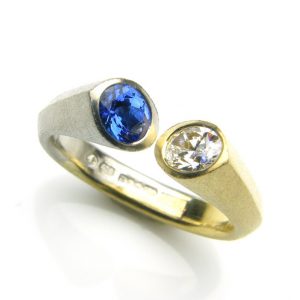 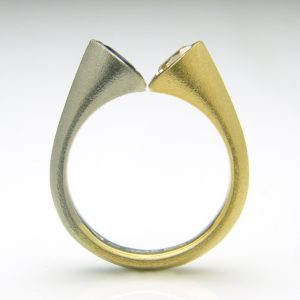 Tanzanites are still mined almost exclusively in Tanzania though the majority of the stones are heat treated to bring out the deep, velvety purplish-blue colour for which they are so admired. Their particular hue is part of what I find so attractive about them, the rich colour draws the eye and seems to be deeper than the stone itself.

Slightly softer stones, with a hardness rating of 6-7 on the Moh scale tanzaites are ideally set in earrings, pendants or in rings with a protective surround. This Julia ring holds a beautiful round tanzanite, protected within a ring of diamonds: 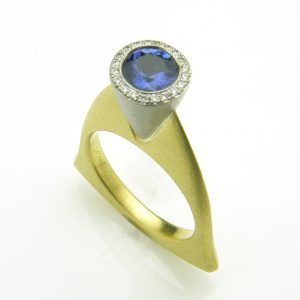 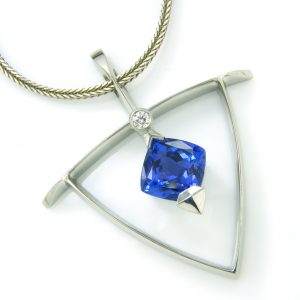 Pendant in Tanzanite, Diamond and Palladium

If there’s a particular hue of blue that you’re searching for then please get in touch, as I can usually find unique stones for your individual piece.