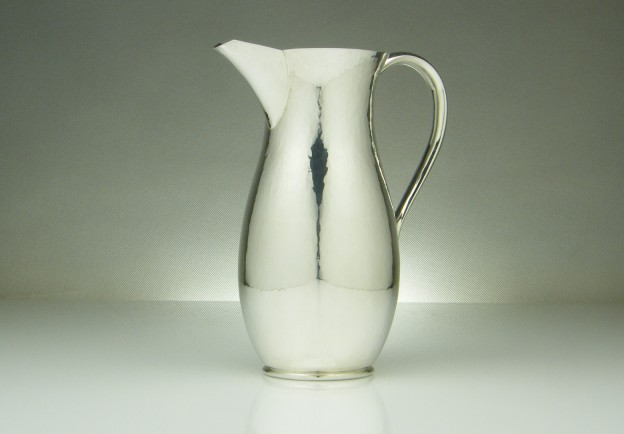 Many years ago I made a silver water jug for a client, as a gift for her husband. Since then it’s been a fixture on their dining table and I have made several other items for the same family, beginning a small collection of my silverware.

The children of the family grew up using this jug and subsequently wanted similar ones to use within their own families. It’s now become something of a tradition to give a silver jug to one of the children as a wedding gift and this jug, made during the summer, marks the marriage of one of them.

Tall, with classically inspired proportions, the jug is similar to the original but doesn’t bear any engraving across the body. 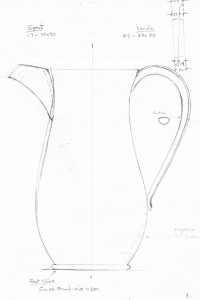 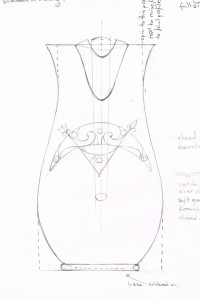 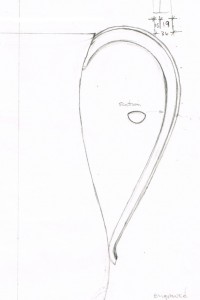 Made from a single sheet of silver, the body of the jug is formed by spinning a disc of metal over a wooden former, pushing the silver onto the shape of the wood. This economically produces a basic form which is then hand raised into its final shape. At this point the body is planished, a technique which involves hammering the surface leaving the distinctive, polished hammer marks that you see here. This technique also allows for subtle alterations to the form of the metal, as you hammer around the piece in concentric circles from the base up to the lip.

I formed the handle from two sheets of silver, one for the inside and one for the outside surface. Independently hammering each one to the desired shaped using an ancient technique now referred to as anticlastic raising, before soldering them together into a complete ‘tube’ that forms a comfortable rounded handle for the jug. Similarly, the spout is made from another sheet of silver which is hammered and stretched, over metal formers, to the desired shape before being fixed to the body. Finally, I solder a foot wire onto the base, adding stability to the whole piece. 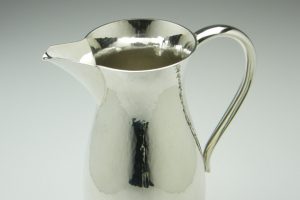 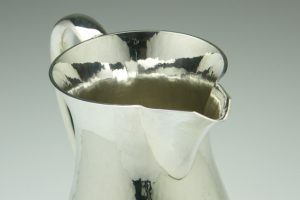 The planished surface polishes up to a bright, glossy shine and wears well during use. I’m always delighted to hear that a piece of work is being put to practical use and these jugs certainly hold a valued place in each household that they belong to.